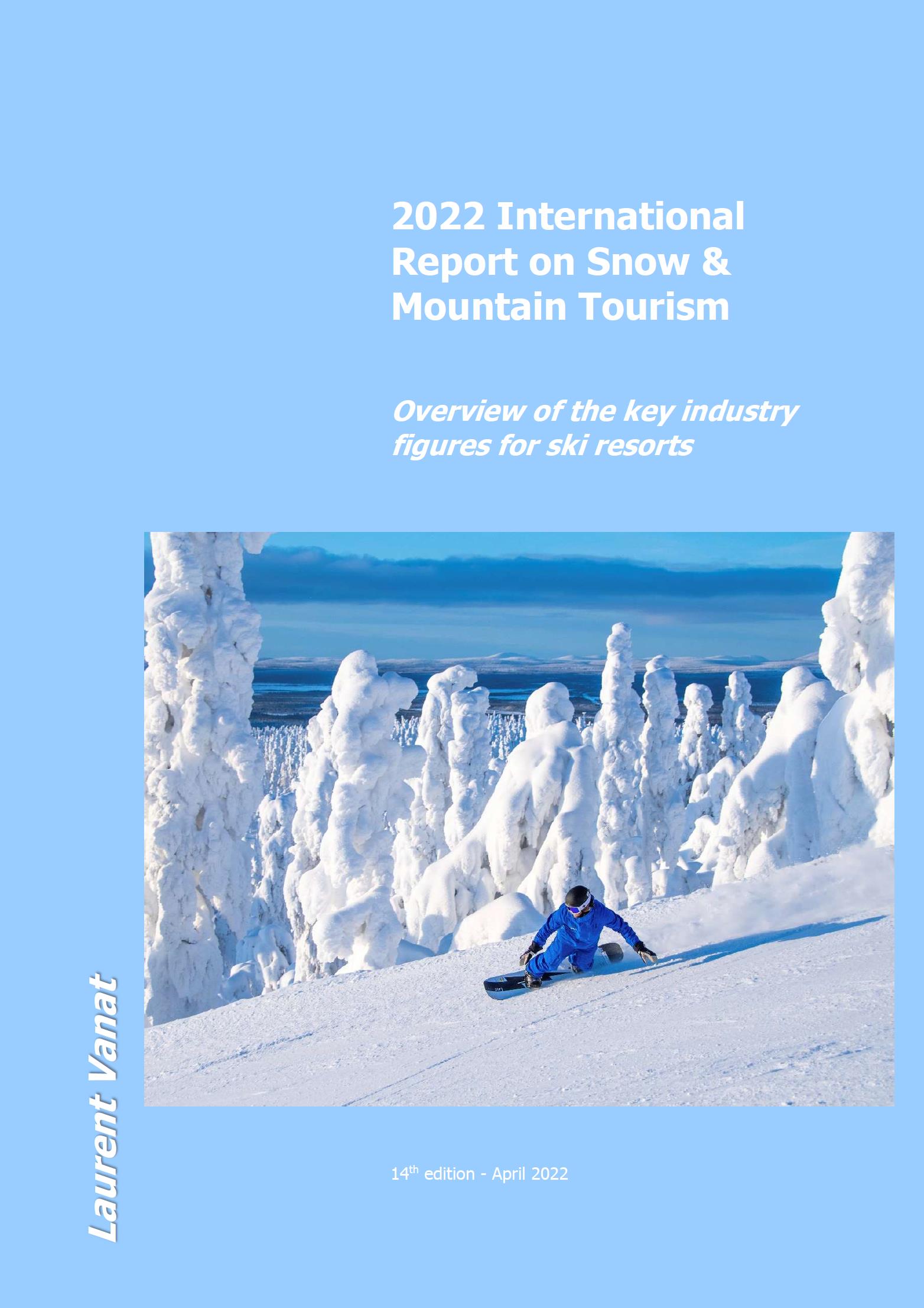 The 2022 International Report on Snow & Mountain Tourism is a worldwide acknowledged reference for data about ski resorts tourism. It covers all the countries in the world offering equiped ski areas.
Coverage: There are currently 68 countries in the world that offer equipped outdoor ski areas covered with snow. Taking into account indoor facilities , mountaineering-only areas and other types of facilities such as dry slopes, the figure can be as high as 100 . Even if snow fields are much more numerous, about 2’000 ski resorts have been identified worldwide. Besides the major ski destinations in terms of skier visits, there are a number of other, smaller destinations, where skiing has been an industry for a long time, or is currently developing. The most obvious new destinations are Eastern Europe and China, but there are a number of other small players spread out across the globe: Algeria, Cyprus, Greece, India, Iran, Israel, Lebanon, Lesotho, Morocco, New Zealand, Pakistan, South Africa, Turkey and many more.

This 14th edition of the report presents winter 2020/21, a season as the industry never experienced so far. It was full of contrasts, as some countries kept their resorts completely closed for the whole winter because of covid-19 pandemic while some other countries enjoyed a very positive season. This is of course reflected in completely unusual numbers.

After previous season was abruptly interrupted in most parts of the world by covid-19 outbreak, winter season 2020/21 has brought huge challenges for the ski resorts around the world. With the developments of new waves and new variants of the pandemic, governments have been forced to edict numerous restrictions and sometimes lockdown measures. In many countries, panic reactions facing the uncertainty were however avoided as far as ski resorts were concerned. Preventive measures were organized, often proactively by the industry itself. They allowed some countries to experience quality ski seasons and, in some places, attendance records reached high levels despite of the restrictions. Nowhere, the operation of ski resorts generated the appearance of covid-clusters that spread throughout countries.

Despite lifts were heavily locked-down in only 6 countries of the 68 that feature open air ski resorts, the closure of ski resorts in most of the Alpine countries had a tremendous impact on global visitation figures. It temporarily changed completely the ranking in the ski markets, with China ending up at the second place as far as 2020/21 skier visits are concerned, after United States, but just before Japan and Switzerland (as Austria, France and Italy, which usually occupy the top ranks, were partly out of the game).

The global impact of the pandemic and related restrictions over 2020/21 winter season attendance thus translated into a decrease of 37% in skier visits over the globe (to former shortened season 2019/20, which was already down 18% to former one). The highest impact was of course experienced in the Alpine countries, where the decline reached 78%. In other European destinations and Central Asia, the decline was limited around 32%. With the recovery of China, Asia Pacific region showed a 17% increase. The very good season in United States brought also America up 11%.

Beside this very contrasted picture, some other highlights also marked the 2020/21 winter.

The industry has remained dedicated to delivering extraordinary experiences to the skiers and will be trying even harder over the next years, together with the hope that 2022 Winter Olympics will bring further fruits China ski business.